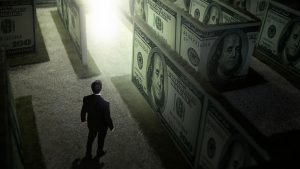 In March 2021, I laid out the state of play for federal student loan policy regarding things like debt cancellation, Public Service Loan Forgiveness, and income-driven repayment. Since that time, there has been a mix of action and stagnation on the part of Congress and the Biden administration.

So where do we stand?

Congress got right to work on another COVID-19 bill in early 2021. The American Rescue Plan Act included $40 billion in funding for the Higher Education Emergency Relief Fund to support students and institutions of higher education. It also included a provision that would exclude from taxable income forgiveness or discharge of a federal or private student loan through 2025.

The new Biden administration also began filling positions at the U.S. Department of Education, allowing it to get started on rolling out the administration’s priorities and initiatives.

With that done, what has changed since early 2021, and what hasn’t?

No word on debt cancellation

Cancelling at least some part of student loan debt has become a major political talking point in recent years. Doing so could help struggling borrowers who may be at risk of delinquency or default, especially those who lost their jobs during the pandemic. Freeing up that monthly expense could make it easier for borrowers to pay other bills or otherwise invest in the economy.

During his campaign, Joe Biden said he’d support legislation to cancel $10,000 of federal student loan debt. However, Democrats, who control Congress, don’t all agree that federal tax dollars should be spent in this way. With only the slimmest of majorities in the U.S. House of Representatives
and U.S. Senate, and a focus on other domestic spending priorities, it’s unlikely they’ll be able to pass a student debt cancellation bill this Congress.

Instead, some members of Congress, including Senate Majority Leader Chuck Schumer, are calling on the president to use his executive authority to wipe out $50,000 of federal student loans per borrower. While President Biden insists he doesn’t have the power to do that, in April 2020, he asked lawyers at the U.S. Department of Justice and the DoE to analyze this issue and outline whether he can cancel student debt or whether it must be done by Congress. The memo hasn’t yet been released, and the White House has given no indication when it will be.

In the meantime, the Biden administration has cancelled more than $10 billion in student loan debt by tweaking existing loan forgiveness programs, such as borrower defense to repayment, total and permanent disability discharge, and PSLF.

In March 2020, then-President Trump temporarily paused student loan payments, interest accrual, and collection activities to assist borrowers who were struggling financially due to the pandemic. As the pandemic has dragged on, the pause has been extended several times. Most recently, the Biden administration extended it to May 1, 2022.

Turning off repayment for 42 million borrowers is easy. Turning it back on is a herculean task.

By the time payments are due again, most borrowers won’t have paid their student loans in more than two years. Surely a lot has changed for borrowers in that time.

Some, such as recent graduates from the classes of 2020 and 2021, may have never made a payment. They may not know they need to pay or may ignore notices from a loan servicer they’ve never heard of. Others will have moved and will be difficult for loan servicers to find. For many, their financial circumstances may have changed, making it harder for them to repay their loans now. All of these possibilities could lead to an increase in delinquencies and defaults.

The DoE must work closely with loan servicers to make sure borrowers have all the information and support they need to restart their loan payments.

Individuals who work for at least 10 years in public service for the government or certain nonprofit organizations and are in an eligible repayment plan can have their federal Direct Loan balance forgiven through the PSLF program. PSLF was created with bipartisan support in 2007 to enable Americans to enter into and persist in public service careers to the benefit of countless communities across this country. It allows these public servants, such as public defenders, social workers, and teachers, to take lower-paying jobs because they know their student debt will be forgiven after a decade.

However, since forgiveness began in 2017, the program has been plagued with implementation challenges and low rates of approval for forgiveness. This is due in part to the program’s strict eligibility requirements, but also because of poor communication and implementation by the DoE and loan servicers. This has presented the Biden administration with an opportunity to improve the program so that it works better for borrowers.

In October 2021, the DoE announced improvements to the PSLF program to extend forgiveness to more borrowers. These changes include temporarily counting payments on any federal loan (if it’s consolidated into a Direct Loan) and in any repayment plan, reviewing denied PSLF applications for errors and letting borrowers appeal their denials, and letting active-duty service members count deferment and forbearance toward PSLF.

The Biden administration is also engaging in a rulemaking process to update the regulations for federal student aid programs, such as PSLF and income-driven repayment plans. Changes to federal programs are often made through legislation, such as the Higher Education Act, but with HEA long overdue for an update and Congress focused on other priorities, the executive branch is exercising its authority to make regulatory changes to the programs.

For PSLF, some changes under consideration include allowing payments prior to loan consolidation to count toward PSLF eligibility. They also include better defining eligibility for borrowers who work in public service but aren’t employed by the government or a 501(c)(3) organization.

Income-driven repayment plans were created to help struggling borrowers better manage repayment by basing their monthly loan payment amount on their income and forgiving the remaining balance after 20 to 25 years. Despite being well-intentioned, IDR plans have been poorly designed, in some instances causing debt to actually grow over time. Also, the labyrinthine details of the five different plans create unnecessary complexity and often lead to confusion for borrowers.

Fixing IDR plans has bipartisan support, but with HEA reauthorization not now on Congress’ agenda, the Biden administration has included in its regulatory processes efforts to better target and simplify IDR plans to make it easier for struggling borrowers to enroll in and remain in these plans. Improvements being discussed include:

Eliminating interest capitalization, which can cause debt to grow despite borrowers making payments

The rulemaking process is a long one that started in fall 2021 and will stretch into this year, with opportunities for the public to review and respond to draft regulations. Final regulations are expected to be released this fall and implemented in summer 2023. So keep an eye out for changes next summer.

Despite the slow pace of action in Congress on major domestic policy priorities and the fact that HEA is now nine years overdue for reauthorization, the Biden administration hasn’t let that slow down its own higher education agenda. The president is using his executive power and regulatory authority to make significant and much-needed changes to existing student aid programs to make them more accessible and effective for more borrowers.

The post Student loan policy: Where do we stand now? appeared first on ABA for Law Students.